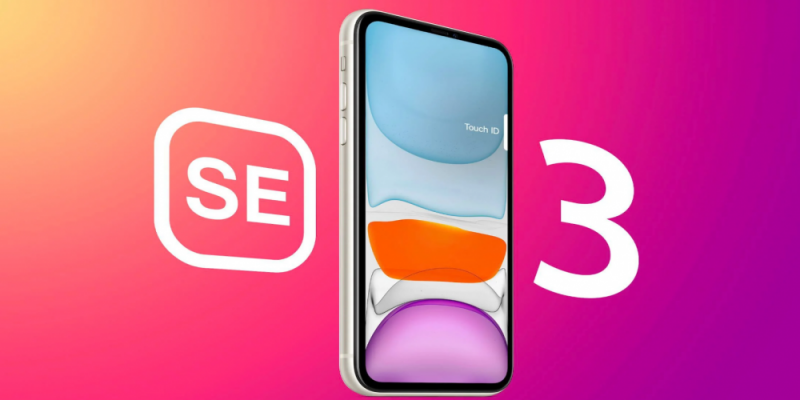 It is suspected that the SE 3 iPhone with a 5G module will be released in 2022.

Originally, Apple's iPhone SE saw the light  in March 2017. Its second generation model hit the shelves in 2020. Now, the online gossip reports that the fans of Apple's brainchild may get a new version of the phone in 2022.

As the Digitimes magazine reports, the iPhone SE’s anatomy will include a similar processor as the iPhone 12 series, which is the A14 chip.

It’s also expected that the gadget will cost less than the iPhone 12 mini, which costs almost $700 in the US. And, of course, the central gimmick of the new gizmo is that it supports 5G.

The gossip also hints that the upcoming iPhone SE will premiere at the beginning of 2022.

This piece of intel seems more or less legit, as we know that Apple usually hosts the Spring events in March. It's also suspected that the new version will feature a classic iPhone SE design — the closest date for any esthetical changes is believed to be 2023.

If the rumor is true, the soon-to-premiere model will have the 4.7-inch screen. And of course, there will be the signature Touch ID, which makes it stand out in comparison to the rest of the iPhone’s genealogical tree.

As for the 2023 model, it might have a 6.1-inch display and a punch-hole camera located in one of the top corners of the gadget.

The brain of the phone will be the A14 Bionic chip. This tiny piece of hardware promises to be revolutionary. First, it’s made with Apple's 5-nanometer technology.

5G iPhone SE 3 is expected to see the light next March. Stay tuned not to miss the freshest news on Apple's gadgets.