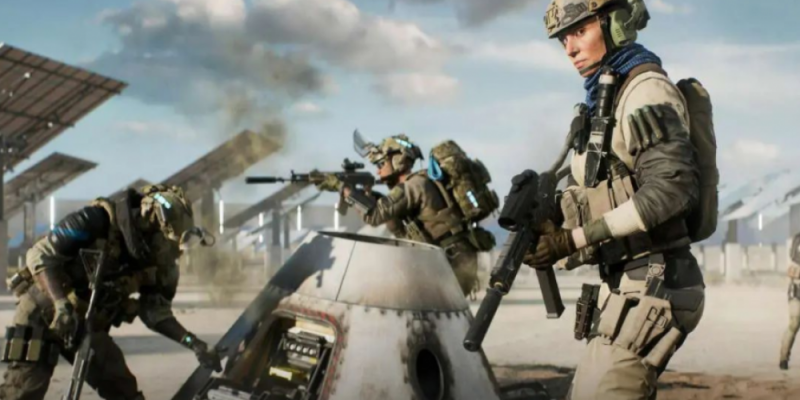 The game removes the skin of the Russian helicopter. It happened right after the Russian invasion of Ukraine. DICE, developers of Battlefield 2042 underlined that they removed Grin Reaper skin because of the Russian-Ukrainian war.

This game is still considered to be one of the less successful games in the series. It received many negative reviews from critics and players. It was quickly abandoned by devoted fans of the franchise. They quickly turned their attention to Battlefield 5. Yet, despite the main problems in gameplay and controversial decisions of DICE about the game in general, the decision to remove Russian helicopter skin was highly supported.

If you still don’t know about the latest events in the world, Russia invaded Ukraine on February, 24. Since that time it continue to bomb the peaceful Ukrainian population, their cities, their kids. It caused a nationwide crisis, since Ukrainians whilst being outnumbered compared to Russians, continue to fight for their freedom. Countries, companies, and people around the world continue to support Ukrainians in this war. CD Projekt Red, for example, was the first game developer who donated money to Ukraine and banned their games in Russia.

Swedish game developer DICE has removed the Russian skin for the helicopter clarifying their position and support for Ukraine. BattlefieldComm posted a tweet with confirmation of DICE’s decision. Players can no longer access the Mi-240 Super Hind helicopter. However, if you have bought the skin previously you still can use it. The reason for skin removal is that it is a copy of the real attack helicopter used by the Russian army. The reward for the helicopter is a “shark tooth” smile which is also known as “Grin Reaper.”

Do you agree with the DICE decision? Have you ever played the game before? Express your thoughts about it in the comments below.