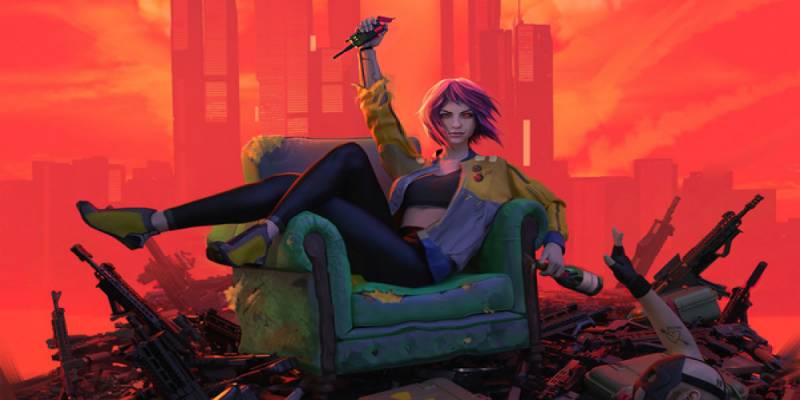 If you are missing the good old GTA 2, then Dark Lord studio and Daedalic Entertainment publishers have prepared a pleasant surprise for you. The developers announced that a new game called Glitchpunk would appear in early access for PC (Steam) on August 11th. Gamers have already called it a "Polish GTA," based on trailers and descriptions.

The project was inspired by classic games of the 90s (in particular GTA 2, released in 1999) with a top-down view. Users will have a wide variety of firearms, melee weapons, and vehicles (from motorcycles and cars to trains and tanks). The developers promised wild police chases, futuristic music, a rotten world saturated with sex and drugs, dystopian streets, alleys, and skyscrapers. You will be able to hack into people's minds and control them, as well as modify your body to become faster and stronger.

The action takes place in the distant future, and the game itself is made in the now trendy cyberpunk style. An android who rebelled against the tyranny of a local government and went on a bounty hunt will be under your control. For its victims (by the way, you will play as a female character), it will have to go to the territory of gangs armed to the teeth, militant sects, and greedy corporations. In its travels, the main character will be able to find friends and even the love of their life.

In early access, players will only be able to explore two cities so far. Outpost Texas will be available immediately after the launch, and New Baltia is scheduled to be added in 3-4 weeks. The developers will add two more locations, Neo Tokyo and Moscow, in future updates. At each place, you will meet with local gangs and unique sects. The creators promise to tell more shortly about how the game will develop in early access.