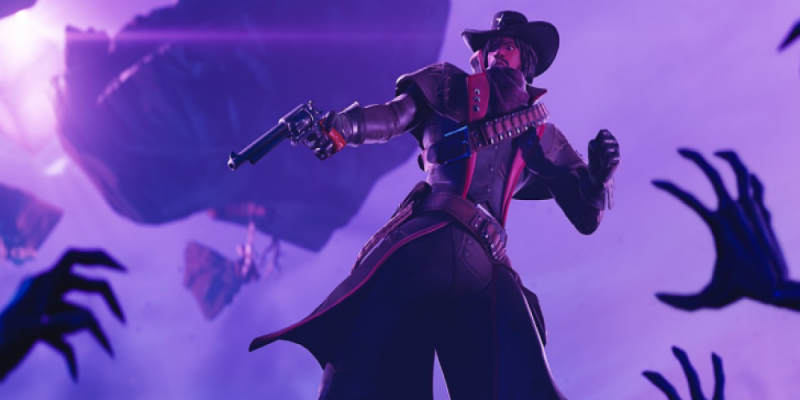 October is a Halloween month, and Fornite started getting ready for it back in August. The developers have prepared an incredibly huge bunch of surprises for players. One of the most striking is Ariana Grande's return. Remember that incredible concert of hers in August? So now the popular singer is not just a passive character but a full-fledged part of the lore. You can get a task from her, complete a themed questline, and get super neat awards. Hurry up to do it before November 2nd, when Fortnitemares will come to an end.

Besides, Season 8 is in full swing now, and the anger of the Cube Queen has fallen on gamers. We know it's hard to resist such beauty, but you still try. Cubes from all corners of the island have teamed up in the center to build a strange purple structure, the purpose of which is still unclear. Can you guess it? Earlier, they opened portals to parallel worlds, now they just lie down, but creepy Caretakers guard them. Do not get too close to them, or they will drag you into the Sideways, where they will quickly get rid of you. Sideways Scythe, Witch Brooms, and Pumpkin Launcher will help you to fight them.

Remember the Horde Rush mode from the past? Now it's back either! Endless crowds of monsters are drawn to you from a parallel reality. Challenge your own fear and try to survive to get to a boss. In return, you will receive a bunch of cool cosmetic items. The Wrath of The Cube Queen phase also includes many questlines from iconic characters (including Ariana Grande) with unique prizes. There is still a lot of fun stuff ahead of us. Be careful not to miss anything! And don't forget to visit the Short Film Festival and partake in a paper mask cosplay.