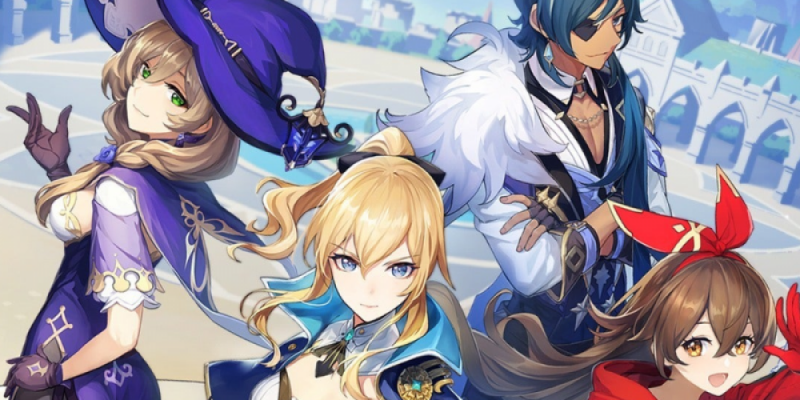 The popular fantasy RPG got a new 2.2 update just a week ago. If you’ve abandoned Genshin Impact for some time and need to catch up, here’s a brief overview of all the new stuff happening.

First off, the 2.2 update isn’t as rich as the previous 2.0 versions. But there are still some niceties worth our attention. Like the new Tsurumi Island.

According to the game’s mythology, Tsurumi is the place where the so-called Rifthounds and Rifthound Whelps dwell.

These two are new enemies and frankly speaking, some players will have a hard time dealing with these baddies. One of the reasons is that each attack they make hits you with Corrosion.

Also, these doggo-like monstrosities are capable of teleporting. A rifthound can disappear amidst heated combat only to… re-appear at another end of the arena with a mocking grin.

The character roster has also been expanded. First, the biggest new addition is the 4-stared Thoma. His element is fire as he delivers nice flame-filled kicks to the opponents. And Hu Tao and Tartaglia will make a cameo again as 5-star playable characters.

Another cool piece of content: at Sacred Sakura's Favor Level 40 you’ll be able to unlock new furniture and layouts, all inspired by Inazuma. Blueprints for that stuff can be located inside the Remarkable chests — scavenge Tsurumi to find them.

Hangout events are coming back in the new patch as well. The catch is that now you may access absolutely different endings. The finale of an event depends on your choices, and you can replay them to unlock every single one.

Finally, the game will see better Inazuma’s logistics and your inventory has been expanded to a bigger 1,500 capacity.

Hurry up and test the 2.2 patch by yourself. What changes could be added to Genshin Impact in your opinion? Let us know in the comments.