Google Chrome Adds Reader Mode To Its Side Panel 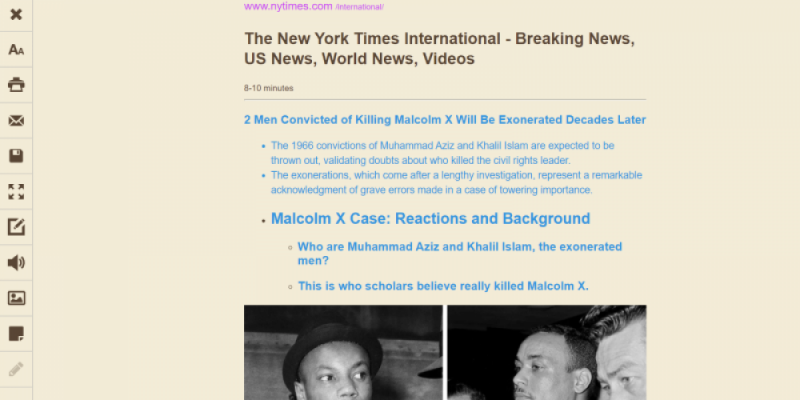 Google developers continue to improve the Chrome browser. In June, they added the Side Panel with bookmarks and a list of sites to read, as well as Google Lens search results to the Canary version. Shortly, its capabilities will become even greater thanks to the introduction of the Reader Mode.

So far, the new functionality is under testing and is available in the Canary version of the browser only. In this edition, the page you need can be displayed in the right bar in a simplified form. Many users are already familiar with the Reader Mode, as it has long been available in Chrome with the developer flag enabled. When it is switched on, all distractions like images and pop-ups are removed.

What is the Side Panel for?

Thanks to the Side Panel update, you can surf the Internet, open other resources, and at the same time continue to read the opened materials. It is assumed that such functionality will help you optimize your work with texts and simplify the search and comparison of information. It is highly convenient if you have a widescreen monitor. Besides, some competing services already have similar features, so Chrome developers need to keep up.

To transfer text from an open page to the Side Panel, you need to find the corresponding icon in the upper right corner. Once you have opened it, you have the option to switch between "Bookmarks" and "Reader Mode." Pick the second option, and the text from the browser page will move to the Panel. Now you can continue working in the main window without fear that the information will be lost.

If you need to open another tab, close the Panel in one tab, switch to the other, and click the Side Panel icon again. When you do not need it, you can deactivate it by clicking again on the corresponding symbol. We believe that such a switch can not be convenient enough and may slightly slow down the work. However, the developers will certainly come up with an improved version because the feature is still being tested.

What is Chrome Canary?

Recall that all such innovations can be seen in Chrome Canary. It is the "unstable" version of the browser, which automatically updates and can be useful for developers and all those who want to keep abreast of all the upcoming changes. The Dev and Beta versions are something in between Canary and the Stable one. They are used to test new features before the launch. Chrome Stable is the final version available to most users. It contains those features that have been tested on the previous ones.

At the moment, there is no exact information on when the new Side Panel will get into the Stable version of the browser. Considering it first appeared in Canary in June and still hasn't become available on Stable, it could take a long time. While quite a few are looking forward to it, small monitors and laptops owners don't actually need it. Instead, it will even get in their way, taking up space on the right side and overlapping part of a screen. So the question of how much this innovation is really functional remains open.

When Sidebar was first released, some testers were unhappy with its overall design. In October, the developers slightly improved its appearance with a small update that made it look more organic. Now, when it becomes known about the addition of new functions, users express concerns that the Side Panel will be overloaded by the time of the main launch. While its task is to simplify the use of the browser, the presence of multiple tabs, modes, and other features can negate it.