Monster World IV Review: The Original in the World of Retro 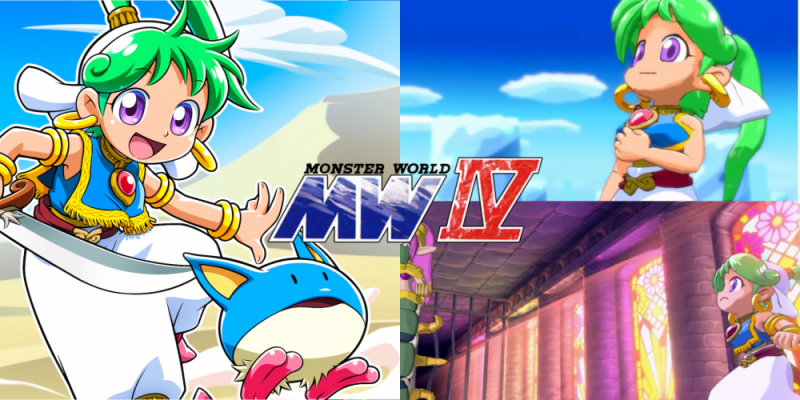 While thousands of today’s indie developers are obsessed with the 1990s, the authentic games from the era are still the essence of it. So it is with the iconic Monster World IV, a hybrid of a platformer and a slasher from 1994, wildly popular and acclaimed at that time and only resurrected in 2021. Though the term ”metroidvania” was coined a bit later, MWIV fits it well.

This game represents all the reasons why we still love the platformers of that era. With a girl named Asha, who was chosen to release the four spirits of this magic kingdom, you travel the world inhabited with magical creatures of all sorts. A special sort of fun is delivered by your companion animal Pepelogoo.

Despite the age, the game features many elements familiar to today’s player. Fight enemies with various tricks. Let Pepelogoo do the work you cannot do. Upgrade your armor, your health, and your weapons in the towns you enter as you go. And think before entering boss battles: once the boss is dead, the area closes, and you won’t be able to find useful items there.

Rereleases of such games will not impress with its visuals (unless you remember well how it looked back in 1994). The reasons to adore them include, first of all, the gameplay, but also dialogs and stories. Of course, they look naïve and simple next to some modern RPG, but for that time it was a revelation.

Dialogs in Monster World IV are not written for the player to choose different storylines. Indeed, the story is quite linear. The reason is to create the atmosphere, to make the NPC come alive, and make you feel wonderfully bad when choosing not the politest answer or simply insult someone knowing there will be no consequences.

As for controls, this game is a sudden nod to that time, both in the remake and the reissue. It requires a gamepad as a must. No keyboard-and-mouse mode: leave it for later games. In this 1990s title, only gamepad lovers will survive.

It’s strange that the only legal way to obtain the modern port of Monster World IV that ruins on today’s hardware is to use the download certificate that comes with Wonder Boy: Asha in Monster World, a later 3D remake of Monster World IV. The remake has its moments as well, but, like most remakes, it loses the original charm in exchange for better looks and sounds. On the other hand, it’s a special sort of fun to compare the two games and see the difference as it defines the era. It’s a fine artefact from the nineties for fans to appreciate.