Pokémon Unite: What to Expect 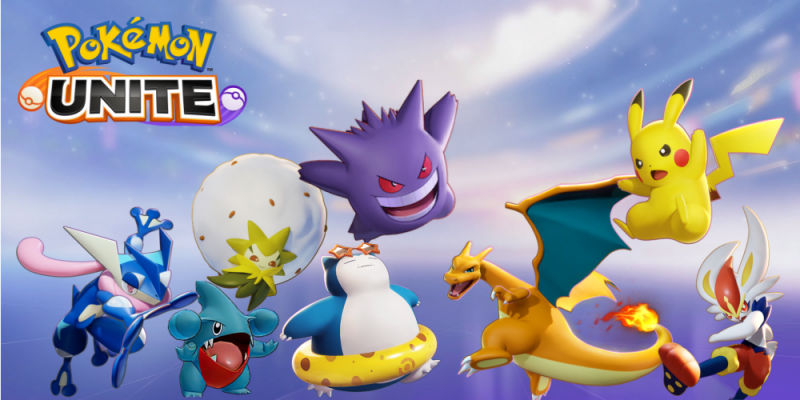 The Pocket Monsters seem to have invaded every gaming genre that ever exists. Strategies and fighting, racing and card games, and even physical AR titles like the famous Pokémon GO! Now, these cute and yet terrifying creatures enter the new area, one of the new unexplored – multiplayer battles where each player controls just one Pokémon.

Yes, that’s exactly what you may think about. Nintendo tries to roll out its rival to DotA 2 or League of Legends. It united forces with the Chinese giant Tencent (through its subsidiary TiMi) to develop and release the game so fans will like it. So far, it’s met with suspicions rather than great expectations because some gamers just don’t trust anything Chinese, and others are cautious about its monetization model (more on it later).

The game will take the player to Aoes Island where wild Pokémon, as well as opposing teams, gather. Your team has to defeat the wildlings around as well as the opponents to deliver the energy to your base. This approach is nothing new, but it lets the power of any given Pokémon unfold. You have the basic attack, two regular abilities, and one ultimate ability to master and to apply to your opponents.

Like all the Pokémon games, this one tells a much less violent story than most similar games. Everything about Pokémon is a sport rather than a war of annihilation. Capture wild Pokémon and collect their energy, beat the opponents, and evolve your own team, and all this is bloodless as Pokémon games go. No one dies ultimately, but if you do at the end of the game, it may be too late for resurrection. In addition, if you lose your life, you lose a part of the energy you’ve collected, so others can pick it up.

Long-time Pokémon fans, of course, will have some advantage because the game heavily relies upon the familiar rock-paper-scissors type of balance between various Pokémon. Still, for newcomers, it will be easier than the aforementioned Dota 2 or other MOBA games: that was an intended step by the developers. This game is easy to make out, and after that, you just need to add Pokémon to your Pokédex and explore them. As for the visuals, it’s quite an expected 3D Pokémon game, with all the key elements of the picture carefully preserved.

What else made fans dislike the presentation video is an excess of various in-game currencies. Of course, Pokémon fans should not be afraid of sophisticated balance calculations, but this seems too much for entertainment.

More than that: Pokémon Unite is a free-to-play game (or rather a pay-to-win one). Players buying more in-game coins soon become way more advanced than free players, even if they spend a lot of time playing.

What You Need to Play

Until September comes, the only option to play Pokémon Unite is to own a Nintendo Switch. If you plan to buy the OLED version in October or later, though, waiting will be easy, as, by that moment, you will already be able to play Pokémon Unite on your iPhone, iPad, or Android. The progress will be saved regardless of the device.

No subscription or single payment is necessary. Still, by that time, the developers may react to all the negative comments fans leave and try to rebalance the game so it’s less dependent on investments. Another reason, Nintendo’s collaboration with Tencent isn’t going anywhere, though.

And what do you expect from Pokémon Unite? Will it be fun to play? Or will it be torture unless you keep paying? Share your opinions and expectations in the comments. Or share it to your friends on Facebook, Twitter, or whatever if you want to talk to them about it. We’ll appreciate it if you do.