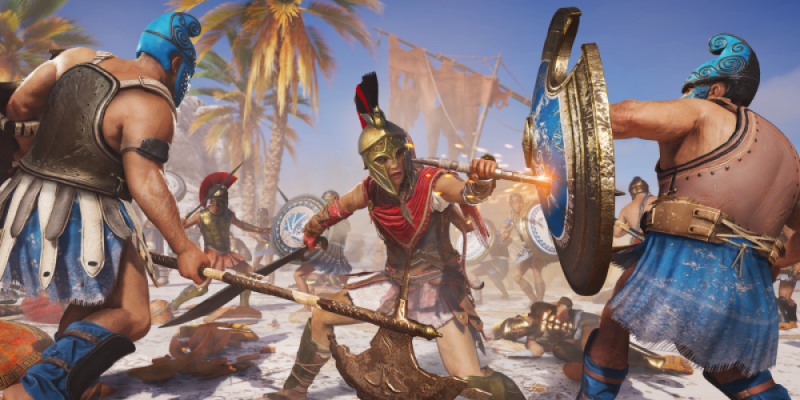 Alright, so you're a gamer. You're looking for an immersive and engaging game to spend your time with, and you want something with a deep story with a rich world. Well, then you've come to the right place! I’ve collected the best RPGs on PC.

Dragon Age: Origins is a role-playing video game developed by BioWare and published by Electronic Arts. It was released in November 2009.

Dragon Age is a fantasy role-playing video game. In the game, a player takes control of a character known as the Warden (male or female), who has been chosen by the last archdemon, Darkspawn, and the Grey Wardens, to stop him and his forces. The game narrative is influenced by the player's choices and actions as the story progresses.

The game features an immersive story, a combat system with both real time and turn-based elements, and a unique player-driven moral system, which influences NPC reactions.

Skyrim is an action role-playing video game developed by Bethesda Game Studios and published by Bethesda Softworks. The game was released in November 2011.

Skyrim is set 200 years after the events of Oblivion, the Empire of Tamriel is on the brink. Dragons have returned to the land, and the future of the empire hangs in the balance.

The player takes on the role of a dragonborn, a person that has the ability to speak the language of dragons, and is tasked to stop the dragons and the Alduin, the World-Eater.

In the game, the player takes control of Commander Shepard, a human soldier, and is tasked with saving the galaxy from a race of powerful mechanical beings known as Reapers.

The game is based on the player's choices, and actions as the story progresses. 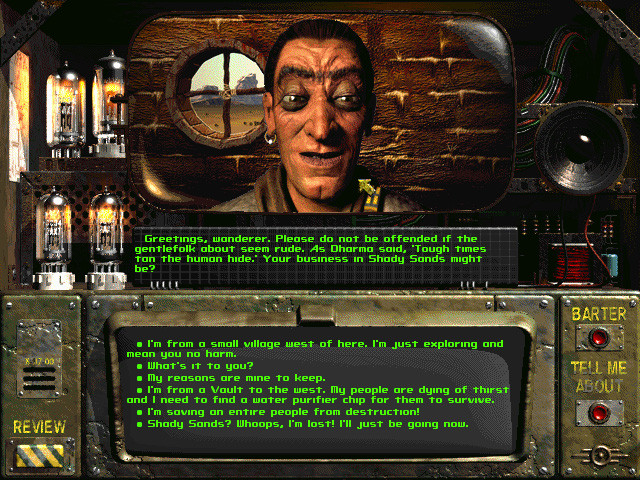 The game is set in the post-nuclear United States and is influenced by the American folklore of the 1950s. The game features an immersive open-world that can be explored freely.

Pillars of Eternity is an isometric, real-time with pause, a tactical role-playing video game developed by Obsidian Entertainment and published by Paradox Interactive.

The game is set in a low fantasy, medieval environment, inspired by classic titles like Baldur's Gate, Icewind Dale, and Planescape: Torment.

The player takes on the role of a beleaguered hero who's forced to travel an epic journey in order to reclaim their homeland from an unknown, menacing force.

Borderlands 2 is a first-person shooter game that is a sequel to the Borderlands series. You play as a Vault Hunter, which is a treasure hunter in the game, and you travel to the planet Pandora in search of a Vault. It features a large and diverse world, and it's open to all sorts of play styles.
The game has a wide variety of weapons, and the gameplay is very addictive. Borderlands 2 game also features a large number of DLCs to keep you playing for hours.

Final Fantasy 7 Remake is an action RPG game that is a remake of the original Final Fantasy 7 game. It is set in the world of Gaia – a post-apocalyptic world. You play as a member of an anti-terrorist group, AVALANCHE. You are sent to destroy a mega-fuel called Mako, which is being used to control the world.
You meet characters in the game that are very memorable, and the graphics and combat system make it a great game.

Assassin's Creed: Odyssey is a game that is set in Ancient Greece and is a stealth RPG game. You play as a Spartan mercenary named Alexios or Kassandra, and you are tasked with finding the truth about your family history. The game is set in a large and diverse world and has tons of side quests and other things to do. The combat and graphics are very well done.

Middle Earth: Shadow of War is a game that is set in the world of Middle Earth and is an open-world RPG game. You play as a ranger of Gondor named Talion, and you are tasked with protecting the world from Sauron and the Shadow Lord. The game takes a lot of inspiration from the original Lord of the Rings book.

You can upgrade Talion's abilities, and it's a great game to play with friends.

All of these games have been reviewed and tested and are worth playing for any gamer. Share in the comments below which RPG is your favorite. And maybe you can find something interesting there from our readers, too.