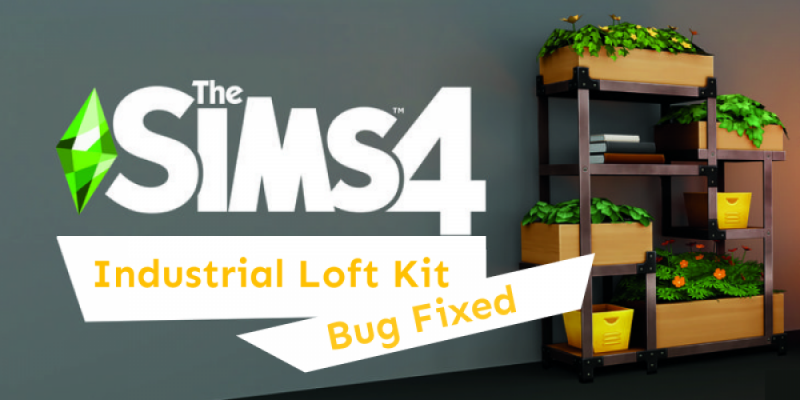 The Sims 4 was released over seven years ago but is still incredibly popular among gamers. The great excitement evidenced it regarding the November update and the fresh story mode, which has changed and significantly diversified the user experience. Along with these innovations, the developers also added a new set called the Industrial Loft Kit, with which many had problems.

As users found out after purchase, this set was not as good as it might seem at first glance. In particular, a double bed costing as much as 1200 Simoleons had only 1 Energy value, which did not allow sims to rest properly. By and large, this novelty had no advantages, except for new items. The cost of the bed was rather high, and when compared with other things for the same price, it had an extremely low value and indicators of Discomfort and Stress Relief, and Energy.

Fortunately, the developers quickly realized their mistake and fixed it by proposing an update on November 2nd. For example, the discussed double bed has an Energy value of 4, Stress and Discomfort Relief have 1 point each. Moreover, the price has also become more affordable (925 Simoleons). Your sims will now be happy with their sleep.

Besides, the developers have also set the stage for introducing the new Blooming Rooms Kit, which will be released this week. They've updated the base plants a bit, as well as the potted flowers from the previous packages. As we know from leaks, the new set will include a variety of potted and hanging plants, vines, and bonsai, as well as a variety of stands and shelves.

Along with the floral-themed update, minor tweaks will be again related to the Industrial Loft Kit. A panoramic window will be added that was shown in a cinematic trailer but was not available for purchase. What are your thoughts on these updates? Have you already had time to evaluate Scenarios and fresh packs?