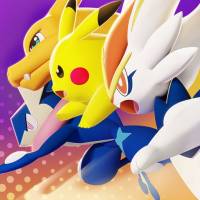 Published & copyrighted by The Pokemon Company

Pokémon Unite is a new MOBA game, featuring the pocket monsters from Kanto. Here, you’re tasked to defeat an opposing team by earning the Aeos points.

There’s a rich roster of Poke-guys with 24 of them being playable. (But more Pokémon are expected to arrive later). Plus, you’ll deal with unplayable feral creatures who are crucial to landing the victory.

Pokémon Unite is basically a 24-hour MOBA tournament. You will join a 5-trainer team and your collective goal will be to outsmart the enemy squadron. Pokémon are separated into 5 classes:

The roster is expected to grow with new game patches and for now, we have such critters as Talonflame, Cinderace, Snorlax, and others. Including, of course, the living taser named Pikachu.

The main goal is to collect the energy points — Aeos — and deliver them to the special zones located within the enemy’s area.

These zones imitate towers from the likes of Dota 2 — you literally dunk Aeos like it’s some basketball made of pure energy, dismantling the defense lines one by one.

However, this sabotage takes time and if you get hit while the dunking animation isn’t finished yet, your chance to do deal damage will be gone. Back to hunting enemy, alas.

Apart from the rival Pokémon, you’ll also hunt their feral cousins. They are a key to the in-game currency, like Fashion Tickets and Aeos Coins, which allow buying new characters and fancy clothes to put on them.

At the same time, killing a wild beast grants you extra Aeos energy. Zapdos is the local doppelgänger of Dota’s Roshan — killing him is your only shortcut to victory.

Each arena — from Shivre City to Remoat Stadium — is nicely designed, but feels rather too casual and a bit lifeless. While in Dota or LoL, we immerse in the battle deeper thanks to the visual detail, Pokémon Unite has a lot of blank terrains so far.

At the same time, every arena is cleverly designed to provide a tactical advantage to those who can think like a Pentagon’s officer.

There are plenty of vantage points and ambush positions to benefit from. Combat physics is also satisfying, especially when accompanied by Pikachu’s battle cry.

But the commercial component adds a bit of murk to the game. While you can patiently grind the victory points to get your Pokémon useful artifacts, someone can max out an item for $40 and reap the benefits. Luckily, paying money doesn’t make you #1 by default.

Pokémon Unite is based on the regular Switch controls. So, learning the ropes takes less than a minute. But keep in mind: you’ll have to customize the target-assist, which takes rather too much liberty at times.

Pokémon Unite is a marvelous take on the MOBA genre. Only instead of the fantasy monsters inspired by the old WarCraft characters, we have here our dear and lovely Pokémonies who wait for you to snatch the laurels and buy them a new skin. 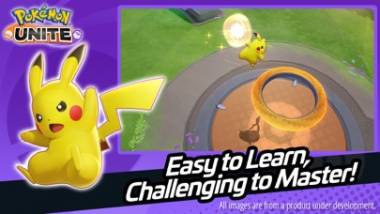 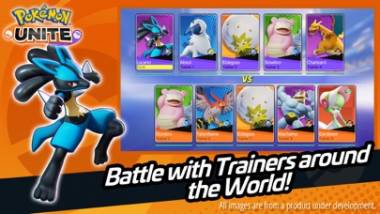 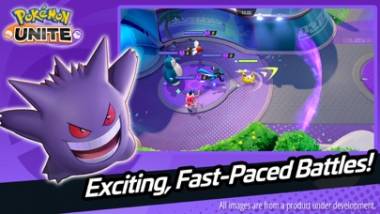 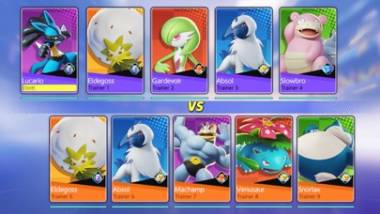 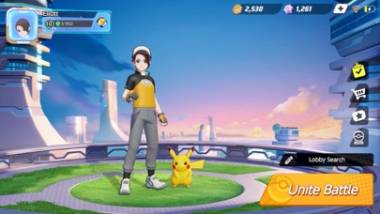 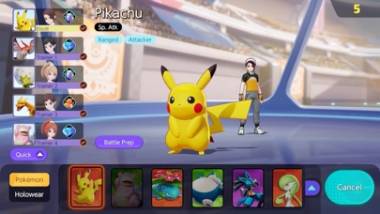 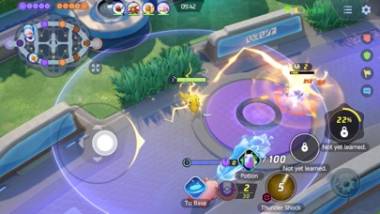